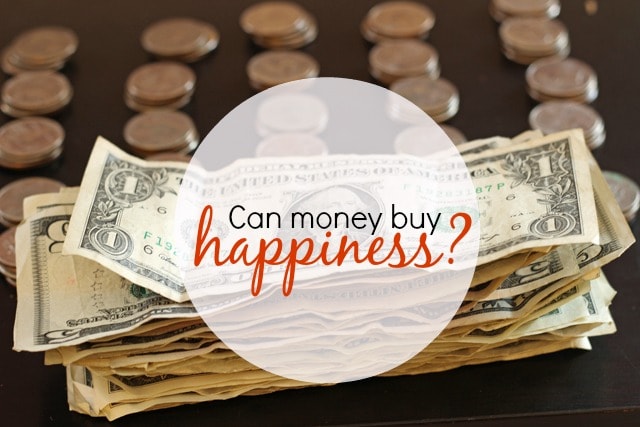 How to Start an Essay on “Can Money Buy Happiness”

When writing an essay of any kind, the first step involves organizing the content and the ideas. However it is crucial to know what student is writing about. As such, as author coming up with the right topic for the essay is starting point. This then helps with developing the ideas aforementioned. Ideally, the topic sets the pace for the writer, this way it is much easier to develop the concepts to include. This is a crucial step as the writer is able to establish the flow of ideas throughout the essay. The topic in this case on whether money can buy happiness.

Example of an introduction

“There is an age old debate where a faction of the population feels money can get one happiness while the other faction feels, money is material and is not in any way connect to one’s happiness. This is a question, which could be quite sensitive depending on the person being asked. It is relative to the personal values and the experiences one has had as they grew up. Happiness is immaterial than most of the people would want to suggest. On the other hand, there is also the element of happiness that comes from getting what one wants when they want it relative to their financial ability. This is a common approach when evaluating the lives of the poor or simply people that do not have the ability to get what they want in their lives. While there is a strong leaning on the ability to purchase material things in place of happiness, these are simply objects.”

Example of a thesis statement

“Money can buy material objects, however it cannot buy the experiences.”

How to Write a Body Paragraphs

“The ability to buy what one wants has been considered as one of the ways that one can be happy. There have been researches where self-reported people have mentioned, they feel happy when they buy material objects for themselves. There is a good feeling that is associated with getting that new phone, the new Lamborghini. The ability to afford to live on the high end side of town brings a smile to anyone who can. There is a pain associated with lacking the capability to take our children to the best schools, buy them the best clothes, toys, take them to the best of amusement parks and offer them the life that we never had. Where one is able to afford such luxuries, there is an element of happiness associated with it. This is an aspect that cannot be sidestepped relative to living a fulfilling life. However it is to consider a deeper meaning of fulfilling life.”

“Being able to afford luxuries in one’s life and more importantly for one’s family is not the only aspect that should be considered when the quality of life is in question. Buying material things is not what gets one to be happy. This is an aspects that has been shown to work against the being happy. This explains why most of the people that can afford the finer things in life will never be contented with what they have bought claiming to seek happiness. If a car brings happiness, buying the new one on the market should not be an agenda. Rather, it should be an aspects brings happiness the first time one buys an object. Attaching happiness to objects diminishes the element of having a fulfilling life. If a car crashes or a phone falls in the lake, it takes away the happiness that it brought with it into the person’s life. Happiness is mostly about the experiences one has in their lives than the objects they have bought. This is an aspect requires significant understanding of the basic nature of being happy.”

“Being happy is a goal every other person is trying to achieve in their lives. It is a strong driver for most people in the professional and personal lives. As such, some people try to make objects the center of their happiness and most importantly their lives. This is an aspect driven by the element of consumerism which drives the economy. As such most people have grown into the culture of consumerism and they tend to associate this will seeking happiness. However, buying the new iPhone is not a mark for happiness and certainly does not improve the quality of life. Happiness has more depth than getting objects as replacement for real affection for person connections. When one achieves all the success they can, they tend to seek emotional attachment with those they interact with. This explains why donating money to the homeless is more satisfying or simply doing something that feels selfless. While self-confessions about feeling happy when buying objects for self are considered seeking happiness, this is rather like filling a gap. However, filling the void with something of substance like giving to the community is more significant. This also means one is able to happiness to others, which further creates a ripple effect bouncing back to them. There is happiness which comes connecting with others than with objects.”

How to Write a Conclusion

When writing a conclusion it is important for the writer to make sure they bring together all the points on their argument. As such, the conclusion is about merging all the ideas to help the readers understand the different concepts and how they tie in together.

Example of the conclusion

“The debate able happiness is one that has been for the longest time; with a faction of the people saying money can bring happiness and the other disagreeing with the narrative. In truth, having the ability to buy things that one wants in their lives and the lives of their loved ones is quite joyous. However, happiness is more than being able to buy the next iPhone. It is more about the connections one shares with those around them and the experiences this creates. There is a high level to be achieved when it comes to happiness other a short-lived excitement associated with objects. It is for these reason, why people that attach value to material things will always get more as they try to fill a void that is immaterial. As such, happiness is not defined by how much money one has, but the social experiences and values one has.”